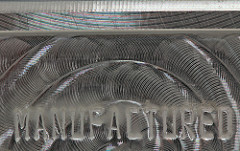 You’ve probably seen a lot of mentions of the so-called “skills gap” lately. The skills gap is defined as the difference between the skills that your employees need versus the ones they actually possess. Given how much the skills gap is discussed, and maybe given your own experiences, you might be surprised to know that there are actually a fair amount of experts out there who think the skills gap is a myth.

As far back as March 2014, Paul Krugman wrote for the New York Times that the skills gap is a “zombie idea” — an idea that won’t die. Krugman writes,

Some employers do complain that they’re finding it hard to find workers with the skills they need. But show us the money: If employers are really crying out for certain skills, they should be willing to offer higher wages to attract workers with those skills. In reality, however, it’s very hard to find groups of workers getting big wage increases, and the cases you can find don’t fit the conventional wisdom at all.

More recently, in August 2016, Andrew Weaver, a professor at the University of Illinois, wrote a paper that seemed to dismiss the idea of the skills gap. The paper, which you can read an abstract of here, claims that a survey showed 75% of companies are not having problems hiring skilled workers. The paper suggests that if higher level math is needed, those jobs may be harder to fill, but tech jobs do not have a skills gap problem. The paper made quite a splash when it was published.

Are we talking about the same things?

While Paul Krugman was calling the skills gap problem a zombie issue in 2014, Inc Magazine detailed, a month later, why it’s real. The article, which ultimately pins the blame on employers, notes:

The feeling is particularly acute at small and midsize companies. In a U.S. Chamber of Commerce study, 53 percent of leaders at smaller businesses said they faced a “very or fairly major challenge in recruiting nonmanagerial employees.”

And in a survey of Inc. 5000 CEOs last year, 76 percent said that finding qualified people was a major problem.

What’s really interesting about all this is that it’s not just the usual suspects who are complaining about the lack of good workers. You know: software companies that want to hire programmers from India. It turns out that good old manufacturers are having trouble finding excellent employees.

Meanwhile, in September 2016 The Wall Street Journal reported that the skills gap in the manufacturing sector has been getting worse every year since 2009.  The article says:

Research-intensive sectors, such as pharmaceutical or aerospace manufacturing, often seek candidates with science and engineering degrees. Other hard-to-fill roles are middle-skill positions, such as maintenance technician, that require education or training beyond high school, like an apprenticeship or a course at community college. Traditional skilled manufacturing jobs, such as die maker or welder, have been drawing an insufficient number of new recruits as the manufacturing industry shrank.

So, it seems economists and other experts cannot agree for sure if there is a skills gap. You’re in the trenches though. What are you seeing? We would love to hear from you about this issue.

Aerospace manufacturing has long been ahead of the curve in relation to the industrial sector at large. Many innovations we’ve seen in technology have gotten their start in aerospace research & development labs. For this reason, it’s important to keep track of new opportunities and breakthroughs in this sector. Here, we’ve outlined some of the top aerospace trends making waves.

The Rise of Aerogel:

Even though Aerogel was invented back in the 1930s, it couldn’t really capture the commercial flight market because of prohibitive costs. But Transparency Market Research (TMR) predicts a much awaited equalizing in which this low density and low thermal conductivity compound will be able to go head to head with conventional insulation material like foam and fiber with a whopping 85% dip in prices.

Aerogel had its moment of glory when it found use in the 2003 space missions which transported the rovers Spirit and Opportunity to Mars for a deeper probing of the Red planet. Aerogels can be made of Silica, metal oxide, carbon and polymers and are excellent at insulating sensitive aircraft parts from heat, vibrations and acoustic distortions.

The Aerogel market is expected to hit $1 billion in 2023. And from 2017 onwards a rapid rise in the volume of this compound used will render air travel safer and more comfortable.

CMC (Ceramic Matrix Composites) is a boon for air travel. They are more robust than their ordinary ceramic counterparts which tend to fracture under the pressure of high thermo-loads. The temperature in the engine of an aircraft rises steeply. Only ceramic fiber reinforced matrices can tolerate the searing heat and do not display signs of evident damage. They tend to last longer than other materials that might be used in these extreme conditions. GE has taken an initiative and is pioneering the use of new tooling concepts and designs for CMC components. Like Aerogels, Ceramic Matrix Composites are also light and durable. This is good news for aerospace manufacturing as the vulnerabilities associated with air travel are being eliminated by replacing traditional agents with more advanced alternatives.

Aerospace giant Airbus Safran Launchers is at the forefront of a drive to set up an international research and experiment program that will delve into the possibilities of the use of additive manufacturing or 3D printing in the creation of air craft propulsion systems. Its incorporation in the propulsion set-up process can mean greater efficiency and better output (thrust) for the systems.